Monohakobi Technology Institute (MTI), the R&D subsidiary of Japan’s NYK Group, offers detailed insights into its participation One Sea, the global shipping and digital technology leadership group that seeks to develop an autonomous maritime ecosystem by 2025. 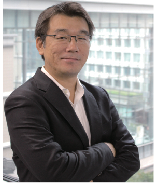 One Sea, the pan-industry global alliance focusing on autonomous ships, continues to attract leading names from the global digital, communications and ship technology arenas. One of its newest members is MTI (Monohakobi Technology Institute), which is “adding more momentum to our ecosystem development and bringing with it the benefits of many years of acclaimed international maritime R&D,” according to One Sea Chairman, Capt Eero Lehtovaara.
MTI, which joined the One Sea Alliance in 2019, was established in 2004 and has a successful track record in international collaborative projects focused on ship efficiency, automation, decarbonisation and data management. Dr Hideyuki Ando, Senior General Manager at MTI, described its favoured approach as ‘manned autonomous’.
“Our project has been led by ship captains, but they are looking at autonomy as a support,” he said. “We believe that ‘manned autonomous’, based on highly automated systems supporting human operations, will be the best option in terms of safety.

“We recognise the positives and the negatives connected to the human element,” said Dr Ando. “Human beings suffer from fatigue, can become distracted by other tasks and sometimes lack full situation awareness. But they are flexible and can give deep thought, weighing up options. Humans and machines have different characteristics and our captains are considering the combination of the two. We believe that we can reduce incidents, such as collisions, by introducing such man-machine collaboration and this would be economically attractive compared with traditional ship operations.”
In a 2019 presentation at BIMCO’s Autonomous Ships Seminar in Copenhagen, Dr Ando and the head of NYK captains, Capt. Tomoyuki Koyama, NYK Line’s Managing Corporate Officer, revealed the results of financial analysis of ship automation options. They indicated that, per year, a ‘manned autonomous’ operation would be about 20% less costly than the conventional non-automated ship in operation today; an ‘unmanned autonomous’ operation, on the other hand, would double annual costs, whilst a ship involving ‘remote operation’ would be more than four times as expensive.
“Today’s technology is not yet sufficiently mature to achieve full autonomy,” Dr Ando said. “For example, about 70% of the ship collisions that we have analysed have been caused by a lack of situational awareness on the part of human beings. However, we think that could also happen if a computer were not able to identify every potential hazard from the radar, video or lidar sensors. If the weather conditions are very bad, for example, with very high waves, the sensors and image processing may not be perfect and therefore we may not be able to rely on completely accurate situational awareness.” 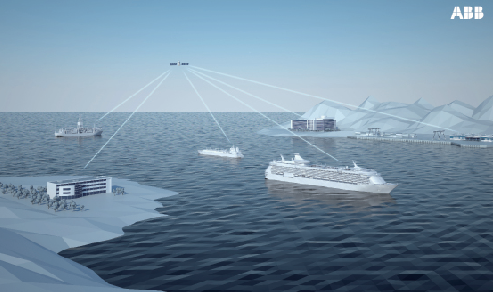 NYK and MTI have developed their own data collection standards internally and all NYK ships today use a Ship Information Management System (SIMS) which provides data to the cloud, supported by operations personnel and technical analysts ashore. Dr Ando acknowledged that many other shipping companies have been making similar moves, but he believes there should be a collaborative approach.
“We are a shipping company – that is our core business. How to collect data safely and effectively is not a place to compete. NYK Group is aiming to define a manned-autonomous system framework called Action Planning and Execution System (APExS) and to clarify its requirements through open dialogue. It’s definitely an area to cooperate and it is now logical to move to the next step as a member of the One Sea organisation.
“We must have a common understanding of requirements for each component, interfacing equipment, acceptable protocols and which data should be transferred. We have already talked about this at the One Sea meetings that we have attended so far, but we are looking forward to discussing these issues in more detail at forthcoming workshops.”
Dr Ando cites another project, funded entirely by the Japanese Government, in which the risks and hazards relating to autonomous vessel operation are identified. The three-year project, involving a tug belonging to NYK subsidiary, Wing Maritime Service Corporation, has most recently involved remote operations in Tokyo Bay.
Dr Ando explains that technology is not the main point of this trial. The objective is to establish the requirements that need to be met in an autonomous ship system, bearing in mind upcoming discussions at the IMO on autonomous ship related regulations. Comprehensive appraisals were undertaken, including hazard identification, failure mode and effects analysis (FMEA), factory acceptance tests and harbour acceptance tests. All of the results are being shared with the Japanese Government so that it can play an active part in future IMO discussions.

MTI has a consistent track record of cooperating on research projects with international companies. It has worked on several ship performance projects and safety operation projects with Maritime Research Institute Netherlands (MARIN) and was an early adopter of vessel data exchange, using DNV GL’s Veracity open platform in an agreement including MAN Diesel & Turbo, as it was then called.
A current long-term research project with Tromsø-based Dualog, a communications company, and supported by Innovation Norway, involves the development of digital systems and services on board 50 NYK vessels, prior to a fleet-wide roll-out in the future. The project, known as Cepa Shield, aims to ensure data transfer efficiency and cyber protection in ship-shore communications, both in-house and with third party managers and OEMs. This project is expected to run until the end of next year.
In the NYK Super Eco Ship 2050 project, MTI worked with Finland’s Elomatic to develop a concept design for an emissions-free pure car carrier. Following earlier work on a futuristic container ship design by the same parties in 2009, the energy demand for the car carrier is approximately 70% less than current designs and CO2 emissions have been completely eliminated.
Dr Ando stressed the importance of a collaborative approach to data collection and sharing. In this respect, One Sea’s global agenda and its focus on standardisation relating to automated ships is likely to benefit from MTI’s considerable experience in the development of data collection standards and protocols, now embodied in ISO standards 19847 and 19848.