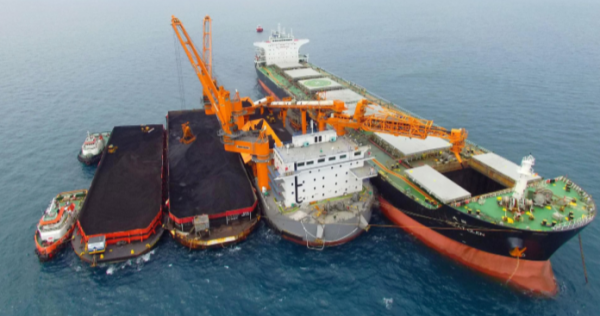 Rocktree Consulting, a division of Singapore-headquartered transhipment and logistics group Rocktree, has completed the front-end engineering and design(FEED) for a new floating terminal for the Bauxite Hills Mine, operated by Australia’s Metro Mining Limited. Bauxite ore is the world’s primary source of aluminum. Australia, Guinea and Brazil are the largest suppliers of bauxite to the seaborne market, while China is the main buyer.

The FEED work forms part of an updated Definitive Feasibility Study(DFS) for the Stage 2 expansion of the Bauxite Hills Mine, located approximately 95km north of Weipa, Queensland, Australia.  Metro Mining aims to increase bauxite exports from about 3.5 million tonnes to 6 million tonnes per year by 2021. Fundamental to the expansion is the optimisation of an onwater transhipment facility capable of loading bauxite on to larger vessels, increasing transhipment volumes and loading rates. Currently, bauxite from the mine is exported by way of smaller, geared self-loading bulk carriers. Rocktree Consulting, under the leadership of Managing Director Mario Terenzio, was appointed in February 2019 to carry out a feasibility study aimed to identify the most costeffective floating terminal solution capable of increasing Bauxite Hills’ competitiveness by reducing transportation costs with the use of large bulk carriers up to cape size. Using dynamic software to simulate the entire supply chain and taking into consideration the specific operating conditions in the region, Rocktree has put forward a 100m long, 30m wide, 5.5m draught floating terminal design capable of loading up to 3,000t of bauxite per hour. With a lightship weight of 5,100t, the terminal will feature a pair of heavy duty four-rope cranes, each operating a scissor-type grab, and a state-of the-art materials handling conveyor and stacker system. This is based on two twin large hoppers with feeder belts and conveyors to transport bauxite to the point of loading. A telescopic ship loader will feed bauxite into ships’ holds.

The terminal will also include an 8,000t buffer storage facility, workshops, accommodation, and power generation units.  All installed systems and machinery will have full redundancy and be optimized for energy efficiency, exceeding current safety and environmental regulations set by the Australian Maritime Safety Authority and other regulatory bodies. Metro Mining Managing Director and Chief Executive Officer Simon Finnis, said: “The completion of the feasibility study and selection of Rocktree’s design is a key step in allowing us to build on the outstanding production performance and operating experience gained since the Bauxite Hills started operations in April 2018. “Rocktree, which has been instrumental in the design, engineering and construction of more than 20 floating terminals over the past two decades, is now tendering key work packages that will allow costs to be firmed up and final engineering and design work to be completed.” The transhipper will be designed and constructed to meet all local (Australian) and leading international maritime regulations for assets of this kind. The terminal will be built in accordance with IACS classification society rules. Daniele Pratolongo, CEO, Rocktree Group, said: “The relationship Rocktree has developed with Metro Mining has enhanced Rocktree’s presence in Australia, a key market for the export of commodities and abundant in opportunities for waterborne logistics requiring Rocktree’s expertise. “This initial scope of work, which has focused on engineering and consultancy services, is the first step towards a longerterm role with Metro Mining, where Rocktree will operate and manage the floating terminal upon project implementation in 2021.”