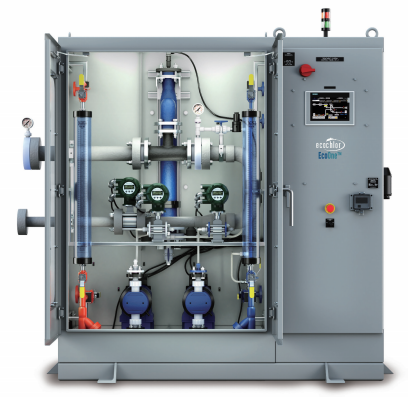 Shipowners have often been drawn to ballast water management systems(BWMSs) that don’t include filters because by eliminating the filter you save money, you need less power, there’s less maintenance and it is simpler for crew to run.
Additionally, filters have well-known issues in turbid or high-sediment water, often clogging and requiring extended back flush cycles or maintenance which can reduce the ballast rate or stop the ballasting operation altogether. Plus, there are the additional costs for piping and equipment installation.
So why have a filter? Good question. One claim, in support of filters, is that they prevent sediment going into ballast tank which then requires additional cleaning. The reality is that since most systems use filter meshes of around 40 microns and since much of the sediment material found in ship’s ballast tanks are fine-grained particles under 35 microns, then a filter-in BWMS does not have as large an impact upon sediment build-up as might be imagined.
But, let’s be honest, a more accurate reason to use filters is that most BWMS technologies don’t work effectively and are unreliable without one and, truthfully, if they could treat ballast water without a filter, then they would.
Let me explain further, the necessity of filters on UV BWMSs is more obvious as the UV light must reach and disinfect the organisms that would otherwise get shielded behind silts or sediments.
Likewise, an electro-chlorination(EC) or sodium hypochlorite-based treatment technology doesn’t function optimally as a filterless system because of the absolute need to significantly increase the chemical dose. This is because EC treatments react with any organic matter, living or dead. Therefore, in waters with high levels of total suspended solids, the sodium hypochlorite reacts with everything, requiring a considerable increase in the dose or else the vessel runs the risk of insufficient biocide left over to kill the living organisms at all operating conditions that the vessel may encounter. Certain EC based BWTS manufacturers openly admit this issue, however, equally there are others that disregard this to the detriment and uncontrolled risk of their own clients as the Experience-building Phase is finishing. 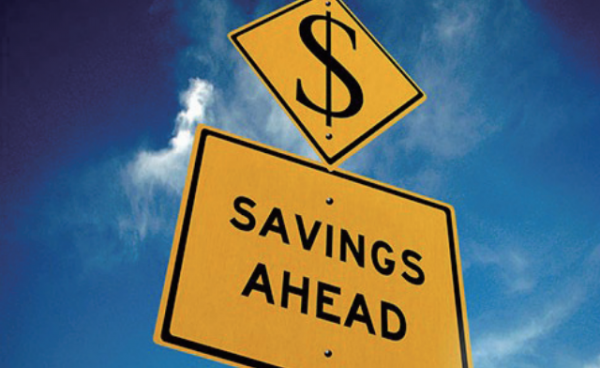 The Ecochlor BWMS technology does not suffer any such issues. This is because chlorine dioxide(ClO 2) is selective in its reactions – in other words it reacts primarily with living organisms, rather than all organic matter. Due to this limited reaction with non-living organisms, the need to increase the dose to effectively treat the ballast water is minimal. Thus, making the Ecochlor system a particularly ideal and safe option for filterless ballast water treatment applications.
In early 2021, Ecochlor launched the EcoOne™ filterless BWMS. This system treats ballast water by injecting a dose of 4.6 mg/L of ClO 2. Vessels operating this system can operate anywhere in marine and brackish waters(i.e., ≥ 1PSU) and with no restrictions on temperature or turbidity. The dose rate of 4.6mg/L compares very closely with the dose rate of 4.2mg/L which we use for our filter-in systems.
If a vessel has to regularly ballast in waters below 1 PSU, then Ecochlor offers a hybrid version of the EcoOne™. This system gives shipowners the ability to operate either with or without a filter and is great for shipowners who want the flexibility of unrestricted operation globally along with the convenience of having a filterless system when they want it. Additionally, some owners have expressed a desire to have a different capacity flow rate on freshwater compared to marine and brackish. This would allow them to fit a smaller capacity filter for freshwater operation only and, thereby, still enjoy the benefits of a smaller footprint for the filter.
The EcoOne™ BWMS has the same design and benefits as a standard Ecochlor® BWMS with a few limited modifications. Of course, this includes the removal of the filter but the only equipment additions are: a duplex strainer to ensure large particles don’t reach the treatment unit; a conductivity sensor to certify that the unit is being operated in the correct mode for either freshwater or marine/brackish water; a pressure transmitter to further enhance the reliability of the operation; and lastly, some updated software. As you can see from the minor equipment changes, upgrading a standard Ecochlor® two-step filtered system to an EcoOne™ BWMS is a fairly simple procedure.
There are a number of really beneficial features of EcoOne™ BWMS for the ship’s crew — even easier operation and maintenance along with very low power requirements. Additionally, since the system doesn’t require re-treatment or neutralization on discharge and doesn’t have a filter, you can gravity ballast both on intake and discharge and latter directly out of the ballast tanks, in the case of Top Side Tanks on a Bulk Carrier.
For the shipowner, there are some nice environmental advantages of the EcoOne™ BWMS. It has extremely low energy requirements, thus reducing the ship’s carbon footprint. For example, once you take out the filter, for a ship with ballast flow rates between 500 to 3000 m 3 /hour the power requirements would range from an astonishing 5 to 7kW; with flow rates between 3,000 – 10,000m3/hour the power requirements range from 10 to 15kW.
Additionally, ships will soon be required to use shore-to-ship power to reduce greenhouse gas emissions, otherwise known as cold ironing. It would make sense for shipowners to install BWMS equipment with the lowest possible power rating since ballasting operations are handled in port. The EcoOne™, with its very, very low energy usage would be a clear choice in helping shipowners lessen these power costs.
Operating a BWMS without a filter has proven to offer huge benefits to the shipowner in terms of OPEX and CAPEX costs, as well as for the crew through the simplicity of operating the system along with less maintenance requirements. For long-term benefits though, a reliable efficacy-wise filterless technology is highly advisable.