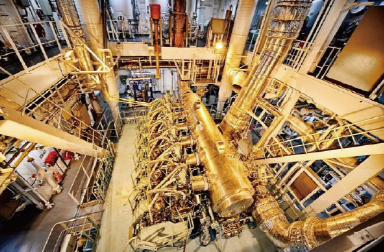 Methanol as a commercially and technically viable marine fuel is gaining greater traction over other alternative bunkers, including LNG, as more shipowners adopt the clean burning fuel as price spreads narrow and production ramps up.
Speaking at a virtual conference last week, Greg Dolan, CEO of the Methanol Institute, a trade body whose shipowner members include Maersk, Stena Bulk, MSC, MOL and Oldendorff Carriers, predicts that methanol production costs will fall to become more competitively priced than traditional diesel bunker and other alternative fuels.
Dolan suggested that the move to methanol would also help shipowners avoid the proposed carbon tax on diesel, which could be between US$250 and $450/t of CO2.
Maersk announced in March that its first methanol-burning vessel will launch in 2023, seven years ahead of schedule. The company also mooted an order for twelve 15,000TEU methanol-fuelled containerships.
Another advocate is Proman Stena Bulk. The joint venture between shipowner Stena Bulk and methanol producer Proman is planning to build six 50,000dwt tankers with methanol dual-fuel engines for delivery in 2023.
A further three vessels owned solely by Proman, scheduled for delivery in 2022 and 2023, will be traded globally for shipping chemicals and clean petroleum products.
Anita Gajadhar, Managing Director Proman Marketing, Logistics and Shipping, said: “For us, methanol is a proven fuel capable of meeting the shipping industry’s carbon reduction targets. When you look at the long-term pricing, it is competitive when compared to alternatives, like MGO. It is easy to bunker, it is safe to bunker, and it is widely available as bunker in 122 ports.”
Gajadhar claimed that methanol is currently being traded at a price lower than LNG in some ports, and is less to bunker than biofuel, currently traded at US$1,200/t or more.
Methanol-fuelled newbuilds also cost less than a LNG-burning ship, according to engine builders MAN Energy Solutions and Wärtsilä.
Kjeld Aabo, Director New Technologies two-stroke promotion, MAN Energy Solutions, told attendees that a 54,300m3 capacity product tanker running a methanol-fuelled engine would add about 10% to the newbuild price. The same vessel running on LNG would cost 22% more than a conventional HFO-burning ship.
The engine builder, which first unveiled and tested a methanol dual-fuel engine in 2016 and has a current orderbook of 23 ME-LGIM engines, said methanol combustion emits 8% less CO2 than an HFO Tier II engine.
SOx emissions are reduced by 97% and NOx up to 60%. And since the methanol molecule contains no carbon-carbon bonds, it does not produce particulate matter or soot when burned resulting in smokeless operation.
While Wärtsilä introduced a methanol engine in in 2013, Stojcevski revealed that the engine builder expects to have an ammonia-fuelled engine operating next year and a pure hydrogen engine in 2025. The company also plans to launch a new methanol-burning engine based on its proven W32 series in late 2023. This will be available for newbuilds and retrofit.